Looks like another new striker incoming for us then

The date is March 2nd - Dominic Solanke rises to meet a 90th minute Nathaniel Clyne cross and plants it beyond Ederson’s stupid tattooed neck for the winner to place Liverpool in pole position to win the league.

Maria said:
I am kind of sad Dominic has gone. I really wanted him to do well at LFC. He was brilliant at a national level. He had so much promise. I am so baffled at why he couldn't flourish at Anfield. He has the talent.
Click to expand...

He does look good playing for England, but as people have said, he was never going to get a run of games while the front 3 are fit. Playing here and there, and coming on as sub with 5 mins to go you're always going to struggle to make an impact. Plus he's been injured quite a while hasnt he? All I can say is good luck to the lad, shame it didnt quite work out for him here. Im hoping we now go out an buy a top quality striker that can give the front 3 some serious competition.

Zoran said:
Heard somewhere that we also have a buy back clause?
Click to expand...

redfanman said:
Yes, i think Maddock, pearce or Doyle mentioned it in one of their tweets!
Click to expand...

Hopefully we've asked them to throw in a chocolate tea pot as well :J

Solanke, 21, had been due to join Crystal Palace on loan earlier this week but the deal fell through because of fitness concerns.

Bournemouth are about to allow forward Jermain Defoe to join Scottish Premiership side Rangers.

It is understood Solanke cannot move to the Cherries on loan under Premier League regulations.

Bournemouth are also set to sign Reds right-back Nathaniel Clyne on loan until the end of the season.

"The club is going somewhere - it's a good club to be at, especially for someone of my age," said Solanke.

Cherries boss Eddie Howe said he was "really excited" about working with Solanke.

"Dominic is technically gifted, very athletic and has the physical profile that will give us something different in our front line," said Howe.
Solanke, a former England youth international who has one senior cap against Brazil in 2017, joined Liverpool from Chelsea in 2017 after his contract at Stamford Bridge ended.

The two clubs eventually came to an agreement over the fee, which had been due to be set by a tribunal.

He did not make a first-team appearance for the Premier League leaders this season and was ruled out of recent matches because of a muscle problem.

The Under-20 World Cup winner made 21 appearances last season, 16 of which were from the bench, scoring one goal.

He never made a senior league appearance in three years at Chelsea, spending the 2015-16 season on loan at Dutch side Vitesse Arnhem, where he scored seven goals in 25 Eredivisie appearances.

donks said:
Think we have had Bournemouth's pants down again.
Click to expand...

Agreed, 19 million is great business for someone who could only muster 1 goal with all that talent around him.

Never good enough for us but good luck to him.

I can see him doing really well at Bournemouth and ending back at an elite club in a couple of seasons.

Hopefully rumours of a buy back clause are true as I think he has the potential to become a top class forward.

Best of luck to him.

On the one road

He was a plan B player for us but will make a good player for Bournemouth. 19 mil is a good price for a player who we rarely used and who would be unlikely to get many games for us.

Solanke is not some lamppost striker, the best part of his game for us is how well he linked up with the players around him. He was creative.

He'll do well at Bournemouth with the ball on the floor and the movement around him.
Last edited: Jan 4, 2019

We must have pretty low expectations for Solanke to sell him ~18 months after signing him.
C

redfanman said:
For context - Shaqiri had a clause limiting the fee that Stoke could recieve.
Click to expand...

No, I get that. Was just making myself feel better about everything. :-D

I have been tidying my eldest sons mess of a room for last few hours.
Then read a comment on here that solanke for £19m. I didn’t even bother reading the rest as I thought it must be a joke or 1.9m instead.
Then I saw it’s true.
Amazing fee really.
I’m astonished that he’s gone for that much.
Gobsmacked.

Good luck to the lad. Wow.

Good luck to Solanke. He is of an age where he needs to play more, and that is very tough at Liverpool. It's a good deal for all parties, and while I don't expect to see him back at Liverpool, even if there is a buy-back clause, there's a fair chance we might get another pay day from this player if he does well at Bournemouth and we get a % of a sell on fee. We may also get some smaller add on amounts for appearances, or England caps, or whatever. It all helps the bottom line.

Where does this leave us?

We have a stellar front three. Plus,
An aging Sturridge, who definitely has quality but can't run any more.
An emerging Brewster who is very young and hasn't played yet, is coming back from a long term injury, but is highly rated.
A frustrating (to me at least) Origi, who has all the natural athletic gifts to be a big player, but it hasn't quite clicked. Presumably he will leave, either this window or in summer, as he will do a job for someone, but probably not us.

It definitely looks as though there is an opening for a striker once the dust settles.

The Timo Werner link looks quite compelling, especially when you consider his versatility - can play wide too, and also the mooted price.

Well that was a short stay. I don't think Solanke was going to see any significant playing time here anytime soon but I am excited to see him develop at Bournemouth with regular minutes. IMO it's great business for both clubs and the player.

FilthyBloke said:
I have been tidying my eldest sons mess of a room for last few hours.
Then read a comment on here that solanke for £19m. I didn’t even bother reading the rest as I thought it must be a joke or 1.9m instead.
Then I saw it’s true.
Amazing fee really.
I’m astonished that he’s gone for that much.
Gobsmacked.

Good luck to the lad. Wow.
Click to expand...

Don't throw anything unwanted away. I reckon you could get Edwards to sell thrown-away sweet wrappers and used copies of the beano for at least a few hundred grand.
G

Makes me laugh when people list 6 or 7 squad players surplus to requirements and say we will be lucky to get £20m for the lot. Edwards knows what he is doing :well done:

That's a crazy fee for Solanke. I was hoping he'd go on loan as I think he has great potential, but for £19m that is great business for us, and a great chance for a promising young lad to play some regular football.

I think Edwards must be a hypnotist! How does he pull this shit off? We'll probably sign Timo Werner for £3m and Lazars left knacker!

Also I can't help but think there must be some attacking player(s) coming in, as we don't have great depth up front!
C 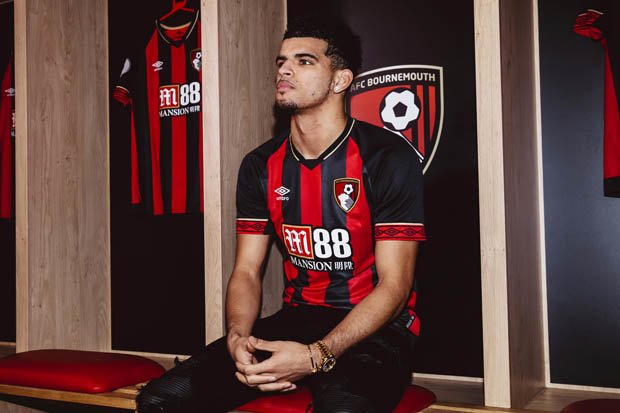 No football club is successful without hard work.

I'm sorry it didn't work out for the lad with us, and I wish him well. But £19 million, even in today's market is very good business for us.

Kopstar said:
Don't throw anything unwanted away. I reckon you could get Edwards to sell thrown-away sweet wrappers and used copies of the beano for at least a few hundred grand.
Click to expand...