Forgot about doing these so now is as good a time as any to catch up with our loanees...

Liverpool have reached an agreement with Stuttgart for Nathaniel Phillips to return from his loan spell in January.

The centre-back has made 11 appearances in all competitions for the 2. Bundesliga side since linking up in the summer.

Phillips will come back to Merseyside at the beginning of next month and be eligible for Reds matches, starting with the FA Cup tie against Everton on January 5. 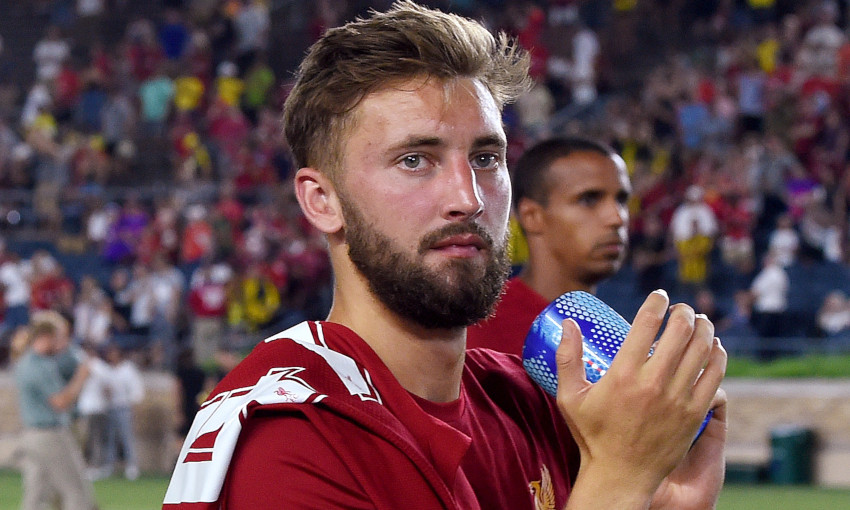 Liverpool have reached an agreement with Stuttgart for Nathaniel Phillips to return from his loan spell in January.

Interesting. I wonder if that is because of any news we've had regarding Matip's or Lovren's injuries?

According to German media Nat could return to Stuttgart by the end of january.

Not sure how this could work.

Would that be because of the winter break in Bundesliga? With the break, he could come back for a month?

A lot of noise about Brewster joining Swans in January on loan. Would be good for him to get some games, see how he does in the championship. The coach is one who had Brewster at the U17 world cup, where Brewster was top scorer. 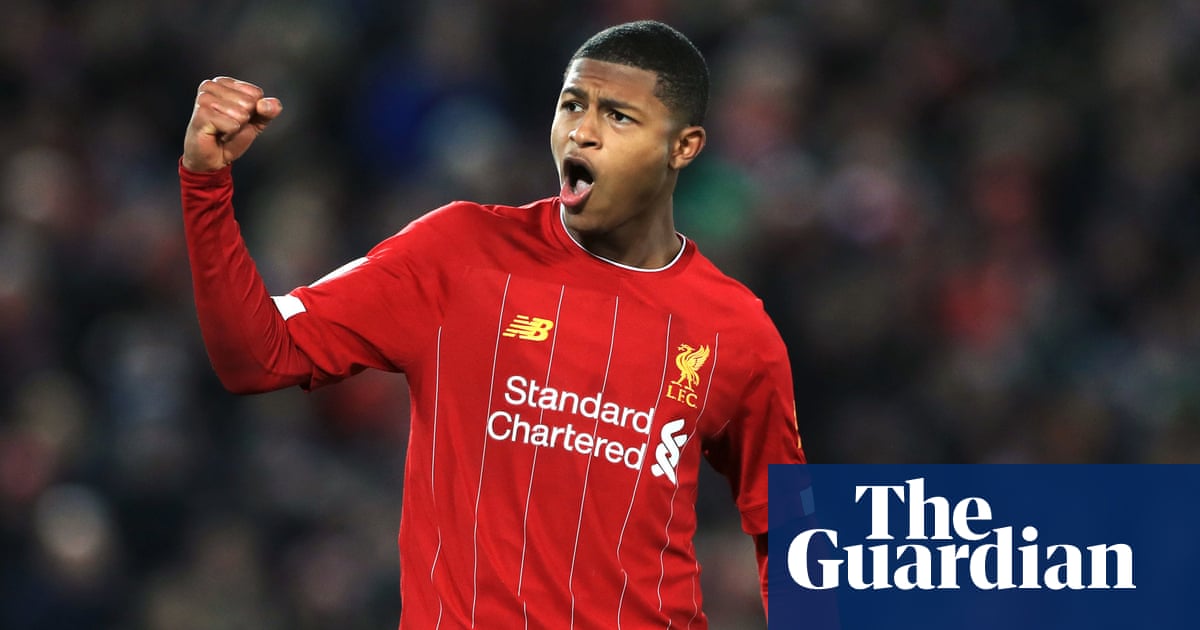 Swansea in talks to sign Liverpool's Rhian Brewster on loan 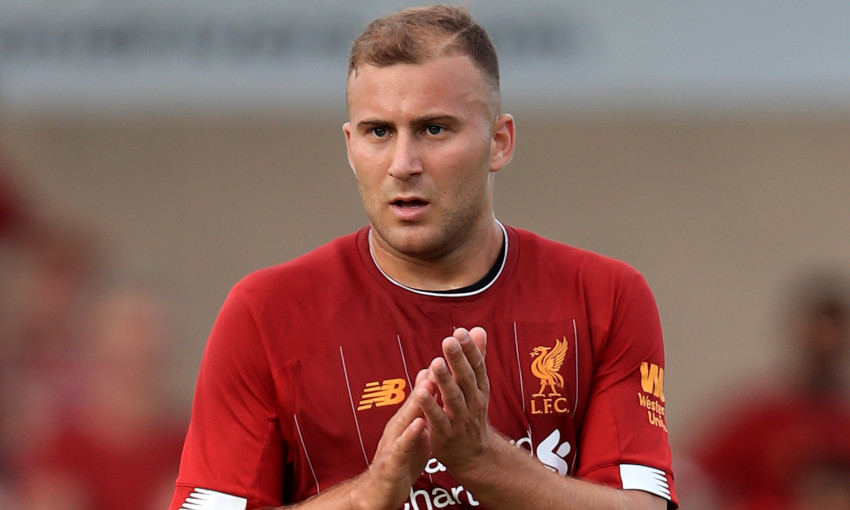 Liverpool midfielder Herbie Kane has joined Championship side Hull City on loan for the rest of the season.

So, that's him not playing this weekend.

Limiescouse said:
So, that's him not playing this weekend.
Click to expand...

He's playing, just not for Liverpool 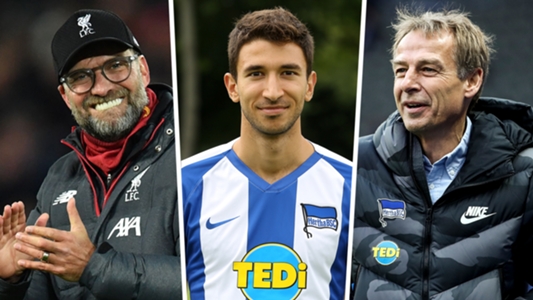 From Klopp to Klinsmann and back again? Grujic not giving up on Liverpool dream | Goal.com

Liverpool's on-loan midfielder Marko Grujic talks exclusively to Goal about Hertha Berlin, Jurgen Klopp, Jurgen Klinsmann and his dream of breaking into the 'best team in the world'

From Klopp to Klinsmann and back again? Grujic not giving up on Liverpool dream | Goal.com

Liverpool's on-loan midfielder Marko Grujic talks exclusively to Goal about Hertha Berlin, Jurgen Klopp, Jurgen Klinsmann and his dream of breaking into the 'best team in the world'

Grujic may or may not make it here, but you can't fault his attitude. And that as much as anything will ensure he remains in Klopp's thinking.

Nice move for him, I always think that players who drop into the lower leagues in England are missing a trick when they can go abroad, play infront of proper crowds, experience a new lifestyle, language and way of playing.

Not an option for everyone for a variety of reasons of course but I know if I was a not-quite-Premier-League-standard footballer then I'd be moving to teams all around the world.

Christie-Davies scored for Cercle Brugge in a friendly draw with Augsburg.
N

Sweeting said:
Christie-Davies scored for Cercle Brugge in a friendly draw with Augsburg.
Click to expand...

How good is he? I watched the first half vs Villa, thought he looked like an interesting player.

norwegian wood said:
How good is he? I watched the first half vs Villa, thought he looked like an interesting player.
Click to expand...

I doubt he can be a PL standard player but his physique is a major asset and he has shown good versatility. If he moves to a club in England I would expect him to go at League One level.

Brewster's first game for Swansea will be away at Cardiff?

No better game to get the fans on your side.

ILLOK said:
Brewster's first game for Swansea will be away at Cardiff?

No better game to get the fans on your side.
Click to expand...

Like big Virg first game being against Everton. Big performance would be the making of him. But plenty of time on his side if not.

Brewsters debut was ok. He tried but struggled to assert himself.
Next up Harry Wilson for Bournemouth in their crucial game vs Watford.

According to reports in Germany Nathaniel Phillips will re-join Stuttgart (and travel directly to their camp in Marbella) in the next 2 days.

The plans to wait until the end of the month changed after Stuttgart CB Holger Badstuber got injured in Marbella.

He looks like he'll score a few for them and then all the lower prem teams will be after him next season, he's definitely got a lot of talent.

Kamil Grabara was stretchered off in the Hull vs Huddersfield match. He was diving to try and claim a cross, Schindler went for the same ball from ninety degrees on and they collided.

CanuckoLFC said:
Kamil Grabara was stretchered off in the Hull vs Huddersfield match. He was diving to try and claim a cross, Schindler went for the same ball from ninety degrees on and they collided.
Click to expand...

He was taken straight to hospital with no reports back yet.
Hope he's OK.

Huddersfield manager Cowley said: "We are obviously concerned about him (Kamil Grabara). It was a nasty one, a very nasty one."

"He was knocked unconscious for a period of time; I am not sure how long. He didn't know where he was when he came around."

Apparently Liverpool are going to be one of the clubs protesting about the new loan rules as they feel it adversely effects our youth development programme.

I can't remember which podcast I heard it on but they were saying that Liverpool see 23 years old as the end of being a "youth" player and that the loan rules only allowing 6 players loaned out over 21 would potentially mean we cannot develop players well enough to get them ready for our first team.

Liverpool want the limit to be raised to U23 players.

Liverpool currently have 8 players on loan who are over the limit - they are Nat Phillips, Harry Wilson, Marko Grujic, Ovie Ejaria, Sheyi Ojo, Loris Karius, Isaac Christie-Davies and Taiwo Awoniyi.

They also have Herbie Kane who will become an "over 21" next season.

Looking at next season and players Liverpool would potentially want to send on loan (apart from those listed above)... Caoimhin Kelleher, Kamil Grabara, Shamal George, Kai McKenzie-Lyle, Tony Gallacher, Pedro Chirivella and Joe Hardy would all become "over 21".

This means that in theory Liverpool would want to loan out as many as 15 "over 21s" but they will be limited to either 8 or 6 (depending on how the rules are introduced).

It is likely that Karius, Ejaria, Chirivella and George will leave on permanent deals or be released and no doubt good offers for Wilson, Grujic and Awoniyi will be considered but are not guaranteed to come through.

It looks likely that Liverpool will bump up close to the threshold of over 21 loanees and if that were to happen they will probably be forced to sell some of them for below market value in order to move them on.

The "worst" culprit of exploiting the loan market are famously Chelsea (and man City to a lesser extent).

Chelsea currently have the following players on loan who would be counted as "over 21" (or will be next season) and therefore capped to 6 under the new rules...

You would imagine there would have to be a massive firesale there especially as they both have a number of players who will want football next season and could take up one of the six loan spots. Could be a really interesting change to the game.
Last edited: Jan 29, 2020

Lovely little goal that. His movement before getting the ball is brilliant, and the finish after that really well done.

https://www.thisisanfield.com/2020/01/liverpool-loanee-kamil-grabara-facing-long-term-layoff-with-head-injury/
“Kamil has been discharged from hospital, which is good news. He’s much better in himself,” Cowley said at a press conference, reported by the club.
“We anticipate, best-case scenario, 28 days. He will see a neurosurgeon, which will give us the length of his injury.”
You must log in or register to reply here.
Share:
Reddit Pinterest Tumblr WhatsApp Email Link