Jose: talking crap
Rebecca Lowe: we are having some technical difficulties with our sound...

Posts above taken from irrational exuberance overflowing into Napoli thread

With Keita and Fabinho looking as though they’ve settled in, the midfield is monstrous.

Zinedine Biscan said:
The big dilemma... do I go to Redcafe now or make myself a drink first?
Click to expand...

Def drink first. You'll need something to spit out when you piss yourself laughing.

Can they all be MOTM?!

This was high octane stuff. Good stuff from everyone.
Robbo and mane were brilliant.
Fabinho was a colossal octopus today. squashed every scum today.

And apologies to Shaq, I was well and truly wrong. I am a Cube convert.

MOTM - @Alright Now for keeping the Kop going. Top of the league on the 16th, the lad called it early!!

Ribena has turned into Red Berry Ciroc. No joke! 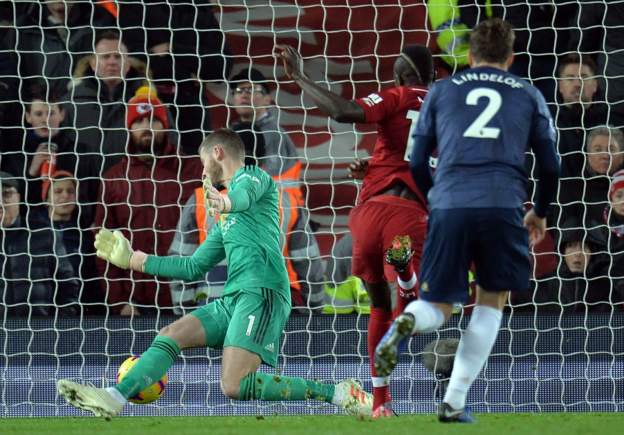 Sadio Mane speaking to Sky Sports: "We played great football today, we created many chances and deserved to win.
"We never gave up, everyone was more focused than ever."
Virgil van Dijk: "It was a fully deserved victory, we had the bigger chances.
"They were pretty dangerous sometimes on the break. In the first-half we were going a lot through the middle, but they were wining balls and dangerous at times.
"But we dominated the game, we were prepared, we were ready for the fight."

I win 10 quid from a gooner at work if he's gone before Xmas.

If it was us that did it I will def have a boner when my colleague gives me the money.
Last edited: Dec 16, 2018

That was bloody lovely.. We played some excellent football.. Got some bits of luck but so did they, didnt deserve their goal. Utterly dominated.

Big mention to Clyne who came in and bar 1 small error was immense. Everyone else was class.

Utd are truely mid-table.. Long may it continue.

They're never going to consistently stay in the top 6 with that kind of performance.

Brilliant performance all round. MOM Robbo, Gini, Shaqiri or Fabinho. All ozzed class, however everyone performed well

Give Mourinho and Fellaini a life contract each

Manchester United manager Jose Mourinho on Sky Sports: "They are the strong team, but it's hard to concede two goals in the moment we conceded and the way the goals happened.
"Our difficult moment was the first 20 minutes. We couldn't cope with their fantastic intensity and pressing, but then we were quite calm and it was controlled.
"They became really frustrated when their centre-backs came forwards and fired shots into the stands - that was the period when it was more in control.
"There were two easy goals for Shaqiri and because of the deflections there was no chance.
"If you speak about fortunate you speak about their second and third goals."
L

That’s all I can think of to say. Ecstatic.
V

Well, be fair. They were always going to drop points; they didn't lose ground to their rivals - Everton and Bournemouth both dropped points, though Wolves are sniffing around now. Should be a big game when they play them.

It's good that we beat United, though. Probably one of the better midtable sides.

Semmy said:
MOTM - @Alright Now for keeping the Kop going. Top of the league on the 16th, the lad called it early!!
Click to expand...

hahaha...he did too, the jammy bastard!!! I'd forgotten that.

Brilliant performance all round. MOM Robbo, Gini, Shaqiri or Fabinho. All ozzed class, however everyone performed well

Give Mourinho and Fellaini a life contract each
Click to expand...

SBYM said:
I win 10 quid from a gooner at work if he's gone before Xmas.

If it was us that did it I will def have a boner when he gives me the money.
Click to expand...

I think you were quoting Hegel there, right?

Fabinho's finding his feet and was fantastic.

What a game! Just what a game! Class above them, well and truly owned them - Our manager, players, fans are just the best. Buzzing!
The bogey team and bogey manager out of the way as well.. We ain't fading away this time!! #Believers

It is literally impossible to top this.

Manchester United boss Jose Mourinho on Sky Sports asked if he can "fix" their current situation: "What do you mean by fix? Win the title? Of course not.
"We can still finish fourth. It's not easy. For sure we are going to finish in the top six. Best we can get is fourth. Now we look to the fifth and then later the fourth."