To open at full time

Some people think the PSG shirt logo is unusual. 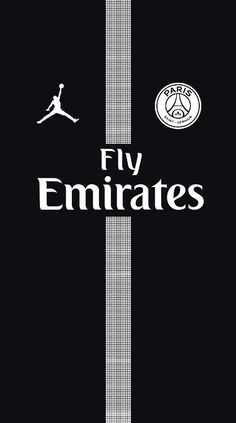 The see a basketball player about to make a slam dunk. But everyone is seeing it all wrong. Its a PSG player laying on the floor claiming a foul and reaching for the ball.

Type of team who I hate. Such talented players but with all the worst aspects of the game.

won it at-a-turk stadium said:
Can't wait until we see PSG out of the Champions League
Diving cunts
Bent ref
Robbo and Mane were the only decent players for us

We had one shot on target all game. I could have kept goal for PSG...dismal performance. Much as I feared on past away performances this season. Lost 5 in a row away from Anfield now in CL.
L

Terrible performance. Against the bigger teams this season too often the team has been found wanting. Midfield anonymous. Not enough quality. Just not good enough.

Refereeing was questionable to say the least.

Were not right and haven’t been all season.
I thought spending £100m would see the end of hendo, Gino and Milner in middle but obviously not.

How on earth didn't Verratti get a red in that game

Poor performance in midfield, not sure why he keeps going with that three, at least it won’t be in the Derby, anyhow think we are out.

Tottally forgot, yes you were right. The save from Thaigo Silva i particular saved our bacon from going 2 down for a second time

I'd cheer for pretty much any other team against them kents.

I hate being a negative because I am a total homer and stepford, but Salah and Bobby were terrible bordering on embarrassing. Not even doing basic things right for their side. I am really disappointed in those two, specifically, because their mates needed them the most tonight.

EDIT: And Alisson my MOTM and it's not even close.

Hard to get a more frustrating game of football than that.

Horrible whichever way you look at it.

UEFA can suck it.
Fair play my ass.
Now we have to win by 2 goals right?
A

Am I right in thinking 1-0 will do v Napoli but otherwise it needs to be a win by 2 or more goals?

Poor performance all round. Midfield isn't up to it at this level. Mane Robertson and Alison the only positives.

The only thing that irks me tonight is losing to such a bunch of whining , playacting dive sissys - a shame we offered next to nothing offensivly tonight , to sent them straight into oblivion.
PSG - a team potentially capable of very good football resorting to the whole plethora of embarrasing antics to see the game through - at home. Pathetic.

They should wrap the Parc de prinse into a red cross tend and just present continued player treatment.

Allisson my Motm - otherwise nobody got me exited today. Nice to see Naby back. Wish he made the starting lineup. Sadio showed much spark all night. Unfortunately Bobby and Mo were miles off. Tacticly we tried the obvious to hesitant to often. To many inacurate passes and crosses. To many passes into feet instead of running channels. The weired ref performance didn't help either. Started dishing cards early on - than nothing else all game - especially not against PSG who got the most from rolling around at any given opportunity - disgusting.

Otherwise PSG defended well and didn't really offer much going forward - last season we would have hammered them - this season I'm starting to worry about our offensive performance.
Last edited: Nov 28, 2018

Better start with naby and fabinho for the everton match. The current midfield don't cut it.

How do you go about paying off or buying a referee,asking for a friend.

Deservedly beaten. Didn't start the game well. Firmino out of form. Henderson and Wijnaldum not great in the middle. Mane and Salah tried but didn't have much creativity behind them to feed off.

We have very mediocre midfielders at the moment with Gini, Milner and especialy Henderson. We need to sort our midfield out, otherwise our attack will stay like this: average at best.

I'd have started our midfield today with Fabinho instead of Henderson for sure, he knows PSG and french football and he is also a much better defender than Henderson. Also, Keita for sure instead of Gini, he is useless.
S

Against all opinion I though Hendo had a good 2nd half but we still need to change for a player like Veratti who can turn and run with the ball or produce a quality pass to beat the press.

While this is frustrating, it’s only the third worst result we’ve had this season in Europe.

1. Loss in Belgrade the worst. That was borderline criminal.
2. Not getting something at Napoli was careless. A draw and it all looks so much better.
3. A loss in Paris against PSG, while gutting, is not as bad as the above two results.

We’ve got it all to do to go through and it will require one of those special nights under the floodlights at Anfield.

A return to heavy metal full on geggenpressen football required if we are to get out of this group. Tactics and team selection has been poor for the last few European games. Worrying trend that is more than a coincidence.
On the positive...Alisson worth every penny....erm that’s it? :think:

Money can buy lots of things but it sure as fuck can't buy you class. PSG a bad advertisement for football. We were just bad at football. For the 6 billionth time I will say this. Our midfield 3 are all good workers and good lads but not one starts for any top 4 team in any top league. Until we sort out that problem then we have major issues.

The disappointment is in the first 30 minutes - after that I thought we were OK.

Unfortunately we were playing a side who sensed us getting on top in the 2nd half and decided that there was no reason to play football anymore, so in essense the final 30 minutes didn't see any football played.

Situation is much the same for us though. Beat Napoli by 2 goals - we would had to do that anyway even if we got an equaliser, right?

Second best, one dimensional. Midfield not up to it. End of story.

Neyming no names, but PSG have a player bought for millions, who is an embarrassment to football....if that's what money buys....no thanks...(Mr Wilkored08 even said what a bunch of cheats and drama queens).