SUPER PORK CHOP said:
Wonder if Carra would take a penalty if we got one..and were already leading..

I'd expect nothing than a right hammering for QPR...they deserve it.
Click to expand...

Said during the week he wouldn't in case he missed, said he'd hate any fans to come up to him and say you're the guy that missed a pen in your last match. Much rather a clean sheet anyway

I would like a fitting tribute to the latter half of this season and the perfect intro to next.

In place of Downing? Maybe put Coutinho on the wing, play Jonjo/Hendo/Lucas in midfield and pop Ibe on the other wing? Not sure he'll start but may well get the last 20 or so.
A

For anyone who cant make the QPR game today or watch the match live on sky, our friends at streamcentral are again showing the game for us a sthey have for most games all season

more links can be found here for the match

let it be a great day for Carra! 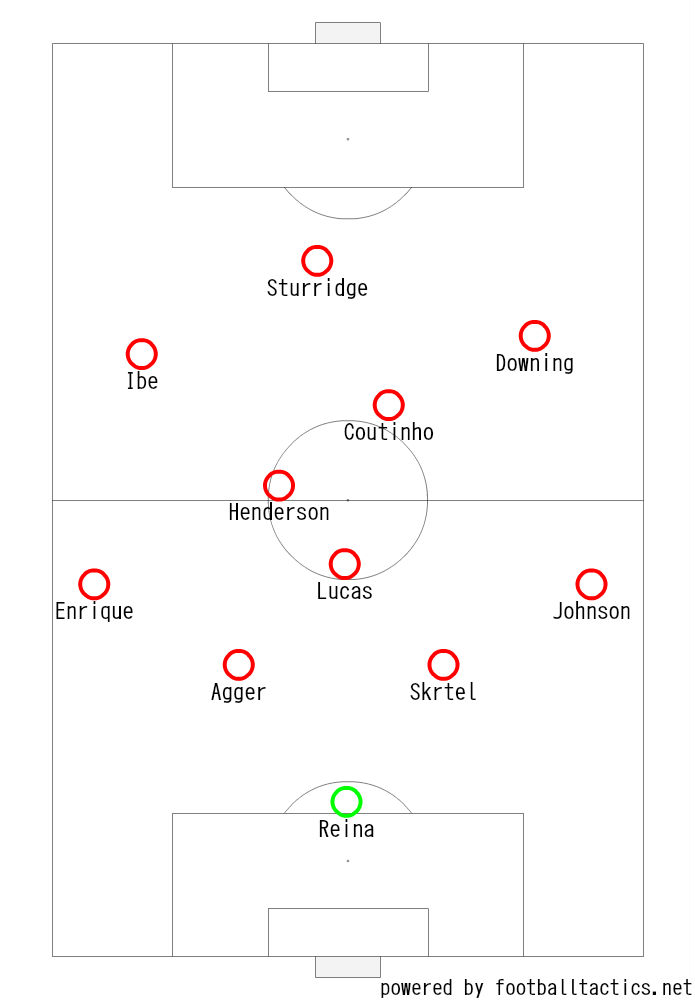 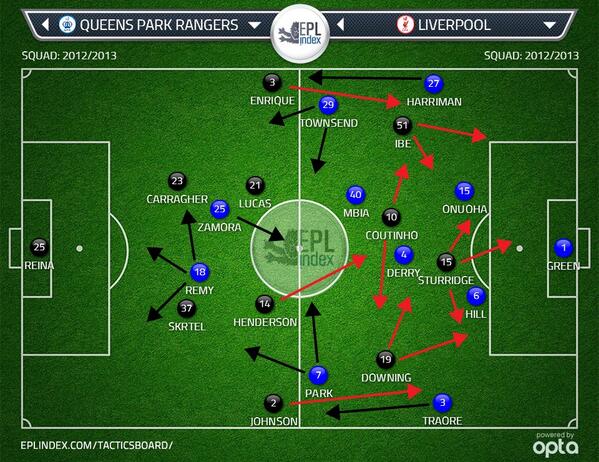 The 17-year-old Academy winger is handed a starting berth by Brendan Rodgers as the Reds bring their 2012-13 season to an end.

Jamie Carragher captains the team in his last match before his retirement.

Surprised to see Coates dropped yet again. Not happy. Farewell match for Skrtel?

Seeing Ibe included is obviously a surprise, I'd have preferred to see Suso get a start, or Shelvey.

Not the perfect line-up for me, but hopefully it will be just enough to beat QPR today.

Does Ibe line up as the left wing/forward? Where does he line up for the U21s? Not that the game needed it, but it is an added interest to go with Carra's last game.

ibe is starting, shelvy and sterling not even in the squad ?
I wonder if we will see them next season ?

Sterling has got to be injured, I guess Coates is off and probably Shelvey, we know Sterling has had some issues on fitness so.

Asassadi sounds like a last minute change so Sterling probably is unfit.

shachart said:
ibe is starting, shelvy and sterling not even in the squad ?
I wonder if we will see them next season ?
Click to expand...

Not so sure about Shelvey. Sterling is a given for next season. He has been out lately for fitness reasons only.

Am looking foward to seeing how Ibe will do.

good to see ibe getting a run out


Jamie Carragher has been handed the pleasure of picking the pre-match playlist for his final game at Anfield.
The big man has shown a flair for it, going for a very solid trio of 'In My Life' by the Beatles, 'Don't Look Back In Anger' by Oasis and a stone-cold killer of a track, 'Dancing In The Dark' by The Boss himself, Bruce Springsteen.
Jamie Carragher is available for weddings and christenings. Book now through the Liverpool press office...

Just watched on LFCTV Carra coming out in the middle of a guard of honour with his son and daughter, emotional stuff, he looked super uncomfortable with the spotlight being all on him, typical Carra, haha!!

Hope in your heart said:
Not so sure about Shelvey. Sterling is a given for next season. He has been out lately for fitness reasons only.
Click to expand...

sterling, shelvy, suso, coates, wisdom didn't play since january ( shelvy came as a late sub a few times ). not much a vote of confidance to the youngsters that were practicly regular starters for 4 month ? sterling is out not because fitness problems.

anyway good luck to ibe, hope he gives a show.

AnfieldCat said:
Just watched on LFCTV Carra coming out in the middle of a guard of honour with his son and daughter, emotional stuff, he looked super uncomfortable with the spotlight being all on him, typical Carra, haha!!
Click to expand...

I'd love if he could make a goal :lol:

Great start, Coutinho looking dangerous. Cant tell from here but that was either an excellent block or it did cross the line

Missed the Mosaic ... firstrow is down so I have a crap stream

Should've been a goal up already.

The new kit looks even better than the current one, I think!

I wouldn't call it decent to be honest, but it works

Best I've found but it's not great.

LOL, the commentators talking about the dive, they say that if there is any kind of contact the forward has the right to fall down.... interesting they never, ever said that when it was about Suarez.

2 Jordans starting and a #23 having his last special day.