Gomez more than capable of partnering with VVD but I think TAA should consider not striking as deep...

May be a good idea to unleash AOC...

I'm sure our fans know what is expected of them.

One last positive note...that prick Graeme LeSaux isn't the commentator for this match.

Playing against newcomer always poses some danger of an upset. It is always very motivating for newcomer to do well against a so call BIG team. I am finding myself edgy on this one but this game can go both way depending on who gets the first goal and I am hoping Manne will be our man.

We need the front three to shake off their performance against Sheffield Utd and get back to their devastating best, then we won’t have a problem. Will we??

Ray_Chua said:
Playing against newcomer always poses some danger of an upset. It is always very motivating for newcomer to do well against a so call BIG team. I am finding myself edgy on this one but this game can go both way depending on who gets the first goal and I am hoping Manne will be our man.
Click to expand...

Speckydodge said:
Most nervous I've been about a game in a long time, these boys are really really good.
Click to expand...

You’re gonna need to see a shrink before the City game! 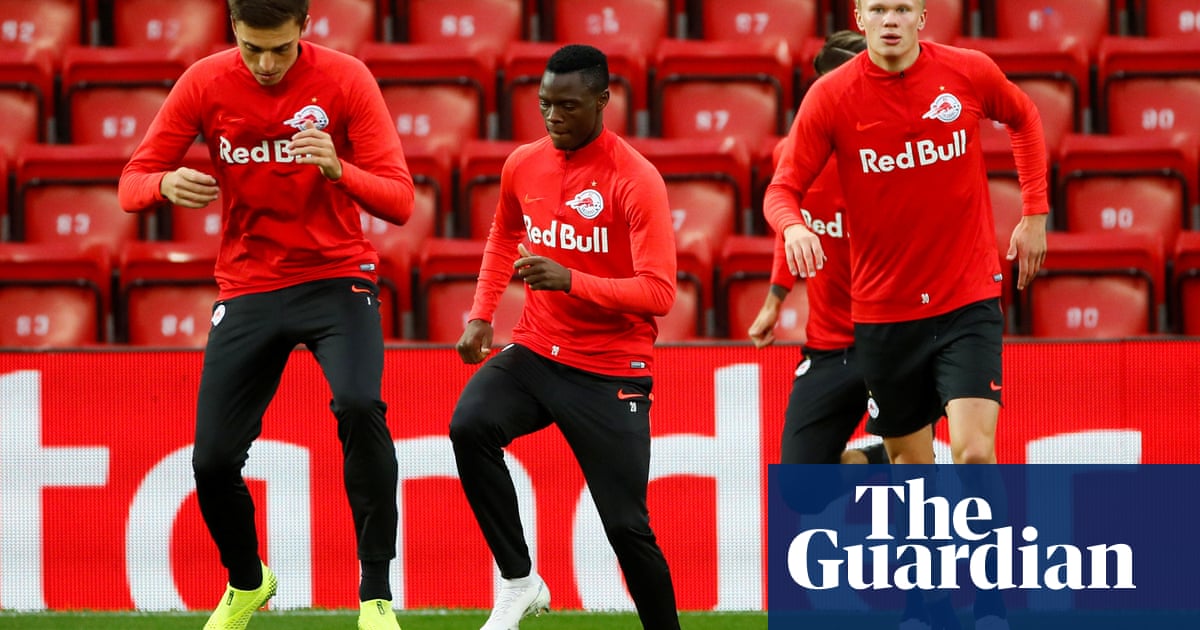 Salzburg arrive at Anfield as supreme finders and polishers of diamonds

No match for me today....will be airborne the entire time. Best I will be able to do is perhaps catch score on my phone. For the best really, as like @Alright Now I am mostly approaching calm

I’m looking forward to this one. It’s not do or die, but after losing to Napoli there’s a bit more on it, as we need to get a foothold in the group.

I’m looking forward to seeing Haaland, too. Lots of hype around him, so it will be interesting to see what the substance is as he is measured against a top defence.

Tough game coming up on Saturday, and a very tough Prem sequence coming up too. The games are coming thick and fast. Hopefully we put in a performance and win tonight. I think we will, by two.

Salzburg arrive at Anfield as supreme finders and polishers of diamonds

I coached in Africa for a short time and one of my players was picked by Red Bull Ghana. A scout approached me after a session to talk about a few of the players - he said he represented Red Bull Ghana and could get them a move to Salzburg or Blackburn, oddly. I'm personally quite wary of anyone in Africa claiming to be a scout. Anyway I rebuffed him but he must have had a chat with this lad's parents and suddenly he moved to the centre of Accra to play at the academy. I checked on the lad a few years ago and realised he had made it to RB Salzburg in their youth system.

He's back in Ghana now but given the size of my operation (it wasn't a registered club I coached, I set it up and ran it myself after a fuck up with the agency I used to book the trip left me homeless and with nothing to do!) then I can definitely agree that they are all over Africa in incredible detail. I am actually surprised that we don't see more clubs moving early for players in the Austrian league as many clubs there have superb links to Africa and pick up great talents.

Thanks for heads up. Prompted me to check in Indiana. Here they are showing the Barcelona v Inter game on TNT, but the Liverpool game is also being shown on Galavision. (I stream TV via AT&T so will have it on my iPad in the office this afternoon).
L

the damn game isn't on TV here in the States, they are playing Barca vs Inter instead....blah. that means i need you guys to provide me some of the best stream links you have

LuisSuarez said:
the damn game isn't on TV here in the States, they are playing Barca vs Inter instead....blah. that means i need you guys to provide me some of the best stream links you have
Click to expand...

Time for our front 3 to show their true colours. 3-0.
YNWA

Lovely place, been a few times. Awful team though. Easy 4-0 win for us.

ptt said:
Lovely place, been a few times. Awful team though. Easy 4-0 win for us.
Click to expand...

Parents were there a few years back. They loved it.

Hoping for a big result today. Mo needs to figure his shit out

I had a dream last night. In that dream we did to Salzburg what they did to Genck, and won 6-2 ! Now I would be happy with a scrappy 2-1 win, but yeah, I am hyped now ! I am expecting our team to show us their best side at Anfield tonight and I am counting the seconds to the game now and feel incredibly impatient !

Massive game this.
Beginning of a tough run of fixtures.
We have to come out with a win and that too a convincing one.
2-0 my prediction with salah and firmino

Match days for me are 100 messages from @Alright Now describing his anxiousness and asking me 100 times if we will win.

After the lacklustre performance at Sheffield on Saturday, the players owe it to themselves to smash these lot.

Stop Posting here my Friends! i m from future and the game Ends up 9 0 for us.

Nur der BvB09 said:
Stop Posting here my Friends! i m from future and the game Ends up 9 0 for us.
Click to expand...

Unless you tell us who scored and when

Nur der BvB09 said:
Stop Posting here my Friends! i m from future and the game Ends up 9 0 for us.
Click to expand...

So I presume we have have completed a historic treble this year?
League , UCL and FA cup, and not mention club worldcup too.

Unless you tell us who scored and when
Click to expand...

No football club is successful without hard work.

Tonight will be the first time that we have taken on Red Bull Salzburg; and we have never ever been refereed by Andreas Ekberg either. So double jeopardy given there is no history, no track record upon which to base our prognostications.

I could see that this was an occasion when we would all have to pull together, if we were to have any chance of success. But then I read that @Zinedine Biscan proposed to miss tonight's game, as he would be "taking out" his Memsahib. I was somewhat taken aback. Whilst I could understand the inclination, I could not comprehend the need to publicize the fact on a public forum. After all, any alibi would be substantially undermined by this ex ante admission of guilt.

I was also perplexed, if not a little disgusted, as to why it should prevent @ Zinedine Biscan from watching the match. Even if the deed had to be done today, surely it shouldn't take that long? Jürgen and the lads will need all of our support, and this surely was an inadequate excuse for absence.

It was only later, that I discovered my error. The penny finally dropped when the Mem, who already thought that I had the intellect of a jellyfish, and a backward jellyfish at that, explained that @ Zinedine Biscan 's intentions were more inclined towards an assignation rather than assassination.

Damn bad form, I thought, and damn poor syntax to boot. Missing a game just to wine and dine his significant other. I know whom I shall hold responsible if things don't go our way.

Hopefully his attempted kiss of death won't throw a spanner in the works and upset the apple-cart.

This game has all the makings of a potential banana skin! (well someone had to say it)