We ARE the Champions!

Incognito said:
Just read we have more trophies than league defeats in the last two season
Click to expand...

Hope that's still intact at season end, will get some mileage out of that one in the Summer ha ha

Supporter since 1990 still waiting for the league

This is great - not sure if already posted but worth reposting if so:

Dublin_Kopite said:
Just for clarity the mediocrity was more relation to posts from @redbj @ubermick @geebo @Chronic etc rather than the dark days of football under Roy Hodgson
Click to expand...

"Kloppus Toppus
F.37 LIVERPOOL FC"
If you watched "Last Week Tonight with John Oliver" (Season 7, Episode 17), at the beginning, you may notice the following screen:

https://twitter.com/i/web/status/1277443222457982981
https://www.reddit.com/r/LiverpoolFC/comments/hhwe6y
John Oliver is a huge LFC fan. He had a similar screen when we lifted the Big Ear, aka. European Cup.
https://www.reddit.com/r/LiverpoolFC/comments/bw5zfe
(I think F.37 is the graphics number from the mosaic wall at the beginning of the show.)
Last edited: Tuesday at 7:42 PM

Thanks for that. I looked up the video and found the full article instead:
https://www.hotpress.com/music/excl...deo-message-to-pugwashs-thomas-walsh-22820821

Until we have the trophy in Hendo's hands, we wait...and wait...ticking off the days. 17 and counting down...

This was so awesome that I had to watch it twice just to leech the emotions of them !

Magnus said:
This was so awesome that I had to watch it twice just to leech the emotions of them !
Click to expand...

Has a date but fixed for the Chelsea match? Hasn't it been rearranged due to the FA Cup semis?

Meanwhile, celebrations from a mass in Ireland confirms that Father Tobin is a red

Fucking hell I am bouncing for that, tinged with sadness as Anfield would have been fucking bouncing that day

I believe that it has yes.

That's a great article. I love the fact that we have fans that are so dedicated they'll break their sleep to stay up or even get up in the middle of the night to watch us. And on match days you'll see fans that are obviously not local getting their photo taken with one of the statues, outside the Shankly gates or just with the stadium as a backdrop. I've told the story before about a European night when the lads around me were all chatting away in a language that I couldn't place (I'm usually quite good at placing folk geographically by their accents). This time I was stuck though. They could have been anything from Scandinavian, Eastern or Western European or Mediterranean. What tickled me though was their singing. Whenever a song got going they'd belt it out not in English but perfect Scouse. They must have learned the songs by watching videos. It made my night.

Commando said:
That's a great article. I love the fact that we have fans that are so dedicated they'll break their sleep to stay up or even get up in the middle of the night to watch us.
Click to expand...

Gets pretty tough at times but, really, it’s nothing......I’ve heard of cases of people Actually putting up with the weather and living in the UK to watch us, now that’s dedication....

Never have bought the “oh you don't live near Liverpool” stuff, people move for starters, we were the team to beat in the 70s and 80s just as TV was becoming firmly fixed around the globe apparently my partners Brazilian mother was supporting Liverpool during the Barca game, whole swathes of Brazil were watching that game, my partner even knew the score He often has to ask me (Yeah probably the one male Brazilian who hates it).

We live in a global world if the alternative is a “white lives matter” banner then I embrace fully our international fan base.

I hope Gini, Keita Ox and VVD have this on their headphones before walking on the pitch on Sunday

Jürgen Klopp says the Premier League's policy on winners’ medals fails to recognise the importance of the entire squad in creating a culture of excellence through the season.

"These boys will get a medal 100% even if I have to produce it. They can have my medal" 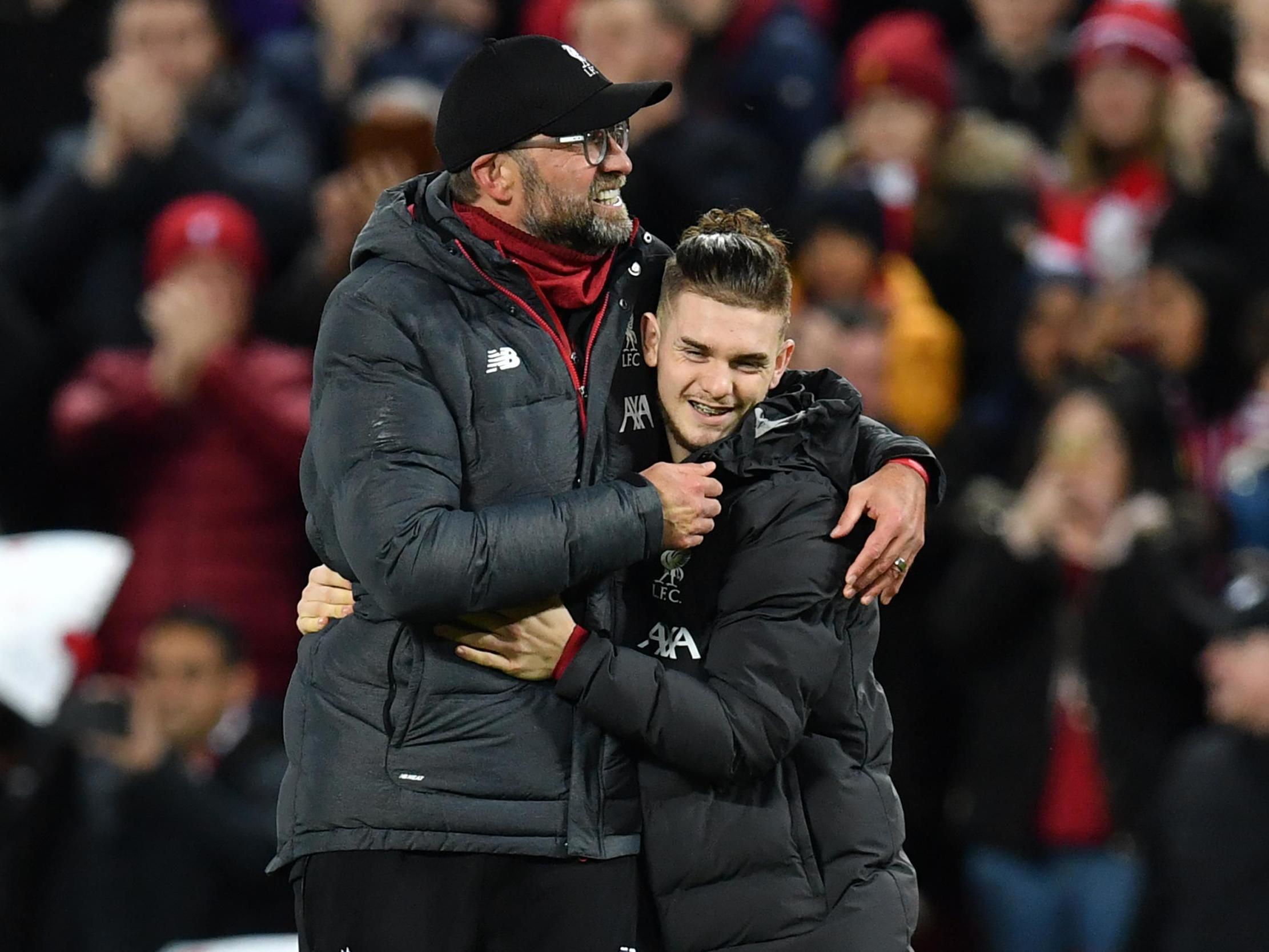 Ain’t logged in during the whole corona thing cos I was a nervous wreck. At a few points during lock down I was thinking they would null and void it. Man it’s been a ride but much deserved. Congrats to the players and the rest of you lot on here. YNWA 19 times!!!
You must log in or register to reply here.
Share:
Reddit Pinterest Tumblr WhatsApp Email Link